Posted on June 2, 2014 by fabianamcabral

Greetings, culture-lovers. June has begun, and I’m very pumped for the delectable intellectual samplings just waiting to be enjoyed this season.

Before I begin this culture update, I wanted to briefly mention two books on my current reading list. You’ve probably heard that the great Maya Angelou passed away last Wednesday (read Margalit Fox’s obituary here, and be sure to click on the video imbedded in the article). I have written about her once before, in my first Poem-a-Day series, but I decided to take this opportunity to finally read I Know Why the Caged Bird Sings, one of her six autobiographies.

You’ve also probably heard of the fascinating list of jobs she held throughout her life, and of how she overcame sexual violence and discrimination of all stripes, pain that has destroyed so many other women and racial minorities. Angelou’s strength and courage gave hope and joy to so many, and although I will never have to face the barriers this grand woman faced and knocked down, as a Hispanic woman living in the U.S. today I feel particularly inspired by this powerful lyric voice, inspired in a way I can only clumsily describe, and which leaves me with a knot in my throat. Angelou’s warm, wise, and generous presence will be sorely missed.

My decision to catch up on this reading reminded me of another writer’s death, and another book haunting my bookshelves [Point of interest: I have about three years of unread-reading lining my shelves, dresser, desk, and floor. I’m currently on a book-buying time out]. Gabriel García Márquez passed away in April, and other than a brief mention of an interview with his translator, I didn’t really address him or his death. However, an interesting piece in the New York Times Sunday Book Review by Salman Rushdie (found here) sparked my renewed interest.

I was never very drawn to García Márquez. I had to read many of his shorter works in middle school back in Venezuela, and didn’t really enjoy them; Relato de un Naufrago, or The Story of a Shipwrecked Sailor, was one of the most boring books I have ever read in my life. (Granted, I was ten when I came to this conclusion, and “boring” is not really a word I use anymore in the context of literature). When I went off-curriculum and read One Hundred Years of Solitude (I know, how embarrassing my school didn’t require us to read it, unlike any other Latin American school), I changed my mind about him a bit, since I enjoyed that ubiquitous work very much.

My mother has highly recommended El amor en los tiempos del cólera, and reading it will be my tribute to the late Colombian literary giant.

The following video of a 2009 Christmas concert performance of a concerto composed by the Italian Baroque virtuoso Antonio Vivaldi may perhaps be credited with being the sole preserver of my threadbare sanity this past spring. Conducted by Igor Longato, this vivid, energetic performance is addictive and stimulating. Enjoy:

RE:Joyce; or, Being Seduced by Frank Delaney 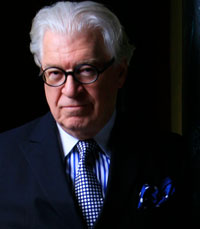 I credit Frank Delaney for piquing my interest in Joyce. His podcast, RE:Joyce, takes you through Joyce’s great novel Ulysses one 5-minute chunk at a time. It makes me so impatient to think we won’t be finished until about 2042 (by Delaney’s estimation), but the fact that I am that excited to work through this famously difficult work is a testament to Delaney’s delicious deconstruction, his ability to excite new audiences and assuage fears about confronting a challenging text, all while never being patronizing. Check out this podcast immediately.

We cannot talk of Joyce and of June without thinking of Bloomsday, June 16, the day the plot of Ulysses takes place (named after the character Leopold Bloom), the day in 1904 when James Joyce first went out with Nora Barnacle, the love of his life.

My plans for Bloomsday? I will swap my usual Dewar’s Scotch for a Jameson, sit in my favorite Irish pub (Emmet’s), and read Dubliners. What will you do? 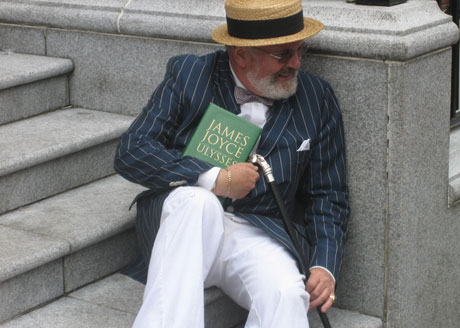 Apparently, June is also Audiobook Month. To get in the spirit, I joined Audible.com, paying about $15 a month for one audiobook.

This month’s choice: Max Hastings’ Catastrophe 1914: Europe Goes to War, in honor of the one hundred year anniversary, on June 28th, of that fatal spark: the assassination of Archduke Franz Ferdinand of Austria. A somber note to end this post on, but an important one nonetheless.