“Girls I Have Loved”

by Alissa Quart (from her new book Monetized)

R. snickers when I say I listen to public radio. Radio should be private, as in the song “Private Eyes” or a secreted social intelligence. New York exhales recession. I am ten. R. is 11 and not rich though she lives over a garden. Her family eats spaghetti often and she glamorizes her bunk bed. The acne on the sides of her nose enchant, two twin flags of adolescence, the miserable mount awaiting me. With extremely combed hair, luncheon foods wrapped in plastic, and old lady good handwriting, R. will win some prize, I think. She tells me to buy Best of Records. I give us code names after spices. R. is Hot Pepper. I am Cinnamon: placating, invisible. The grown-ups’ jacket pins announce their subjectivities. They are small parts of the death of punk. I write reports on the rainforest. I would like to live there. God is George Washington on the front of the quarter.

At twelve, T. looks like a horse but is too tasteful to be a horse girl. She has the long fingers of a pianist. She does not have the temperament of one who practices. Tall and smart looking, she is not sixth-grade pretty. She is practicing for when she will be the living sign of young sex, in three years, impressively wry about boobs and tatas. She smokes downstairs. I don’t know where that is. She never does anything bad for the first time, has always done it already. I wonder about the latchkey kid cosmopolites, the ones who don’t bunt their softballs. What do they do when they are alone? What does everybody do all day and what do they talk about?After all, secondary sex characteristics only appear to me when I look them up in the Women’s Health Manual. My favorite dirty word is abortion.

A pugilistic blonde, C. affects a half-hearted rejection of the New York rich girls who have always embraced her. “What’s your gambit?” she says. I am nineteen. Her pale-haired head and her skirt shimmer. Her self-conviction is bottomless. I learn from C. the inches permissible during the return of the flair jean — three. The proper coding for melancholia — a Neapolitan silent screen star crying. A dinner — four spoons of tahini in front of a 1960’s photo of Cuba. Generic cigarettes — proud poverty. The Good — marginal parents. Knowledge — to be worn lightly but constantly cited, and never finding its expression in the Law. Beauty — ostensibly invisible but always in use like drugs

Girls I have loved cover their eyes with fine shiny hair, tug on their small ears and wraith-like wrists, emanate throaty laughs, heal occasional infections, powder over their impoverishments. Every dyad is a chance for them to deploy their own romance. They are vicious protectors with rice papery skin, slang-slingers, evaders, wise-asses, nice people. I am leaving out the girls I have left 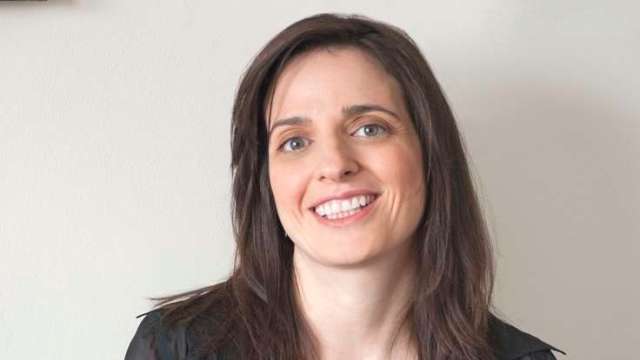 This entry was posted in National Poetry Month, Poetry and tagged Alissa Quart, Girls I Have Loved, Monetized. Bookmark the permalink.