To me, fair friend, you never can be old,
For as you were when first your eye I ey’d,
Such seems your beauty still. Three winters cold,
Have from the forests shook three summers’ pride,
Three beauteous springs to yellow autumn turn’d,
In process of the seasons have I seen,
Three April perfumes in three hot Junes burn’d,
Since first I saw you fresh, which yet are green.
Ah! yet doth beauty like a dial-hand,
Steal from his figure, and no pace perceiv’d;
So your sweet hue, which methinks still doth stand,
Hath motion, and mine eye may be deceiv’d:

For fear of which, hear this thou age unbred:
Ere you were born was beauty’s summer dead.

youth turned it up I think
or on & fell asleep

Remembering to do.
You are too intact
the dappled sunlight on the lawn
or pots of darkness
like salt instead of depths

my shrink said buy it now
about the car

I told him about my phenomenal streak
of winning & when the stakes
rose I began to bid low &
not at all
I could have won; you choked
he said.

Woof. To not choke
is I suppose to experience
to hold it in & go forth
though you need the heat

The sun had not done more
suddenly for a while

it’s like we took off our skin
and said it is hot.
It’s like we sold our skin
& said where did everyone go?

I
Is the total black, being spoken
From the earth’s inside.
There are many kinds of open.
How a diamond comes into a knot of flame
How a sound comes into a word, coloured
By who pays what for speaking.

Some words are open
Like a diamond on glass windows
Singing out within the crash of passing sun
Then there are words like stapled wagers
In a perforated book—buy and sign and tear apart—
And come whatever wills all chances
The stub remains
An ill-pulled tooth with a ragged edge.
Some words live in my throat
Breeding like adders. Others know sun
Seeking like gypsies over my tongue
To explode through my lips
Like young sparrows bursting from shell.
Some words
Bedevil me.

Love is a word another kind of open—
As a diamond comes into a knot of flame
I am black because I come from the earth’s inside
Take my word for jewel in your open light.

Source material from the Poetry Foundation.

A Letter to Wallace Stevens

After the Reformation had settled the loamy soil
and the lettuce-green fields of dollars,
the clouds drifted away, and light fell everywhere.
Even the snow bloomed and New Hampshire was a big peony.

A red barn shone on a hill
with scattered hemlocks and white pines
and the gates of all the picket fences were big shut-eyes.

Sometime after the Civil War, the bronze wing of liberty
took off like the ribboning smoke of a Frick factory,
and all the citizens in towns from Stockbridge to Willamette
ran wild on the 4th. The sound of piccolos lingered,
and the shiny nickel of the sun stood still before it
fizzed in the windshield of a Ford.
By then you were a lawyer.

Charles Ives was a bandmaster in Danbury, and you didn’t
give him the time of day. He played shortstop on the piano.
He never made it to his tonic home base, and his half-tones
were like oak leaves slapping clapboard.

How Miltonic are we anyway?

In that red glass of the imagination,
in that tingling crystal of the chandelier
where light freezes in its own prism

and the apogee of the green lawns of New Haven
wane like Persian carpets in twilight,
there you saw a pitcher, perhaps from Delft,
next to a plate of mangoes.

But still, history is a boomerang,
and the aborigines never threw one without a shield.

Beyond the porches of Key West, beyond the bougainvillea,
your speech skipped on tepid waves,
was lapped and lapped by lovers and friends,
by scholars who loved romantic nights of the sun.

But the fruits and pendants, the colorful cloth,
the dry palm fronds, and the fake voodoo wood
Cortes brought back as souvenirs
were just souvenirs. And the shacks and the cane and the
hacked plantain were tableaux,
and who saw them from your dark shore?

The Protestant dinner plate is a segregated place,
where the steak hardens, and the peas
sit frightened in their corner while mashed potatoes ossify.
Some gin and ice cream, and the terror of loneliness
goes for a while.

As they say in the sunny climes,
un abrazo.

Source material from the Poetry Foundation. 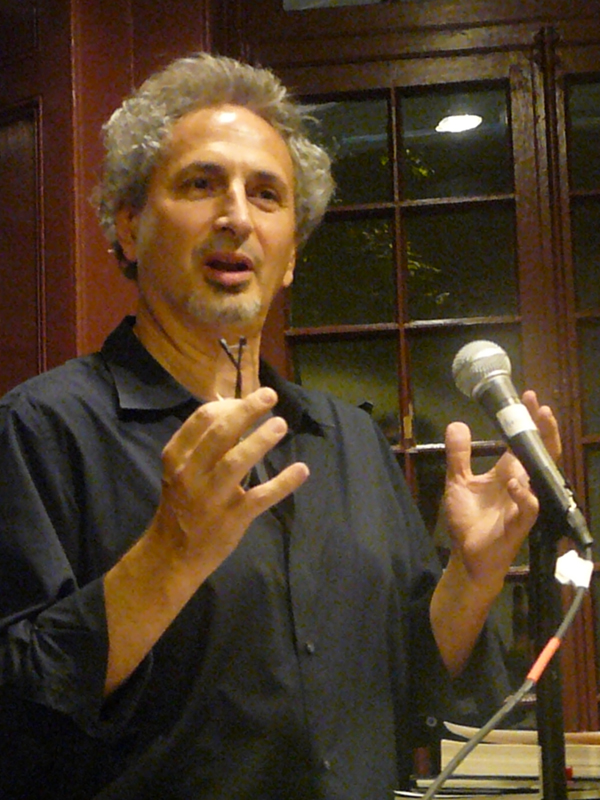 Stuff I probably did and didn’t

I probably didn’t tell you that the last
Line of your poem left me on a plane of
Movement somewhere between the best of pop
Culture and the longest break in your favorite pop song
I probably didn’t tell you that the train is going to take
Way longer than you think and you were probably annoyed
I probably broke the moon in pieces with my night vision
Straining too hard to remember what I probably dropped in your inbox
I probably should’ve said what I meant.
You probably knew how my life didn’t fix into
That theory box on your shelf, so I probably
Ignored you when you said hi to me near Mercer St
I probably left off the most important thing
But you probably didn’t want to hear it
I probably tried to be a good New Yorker and
Work hard and play hard but it didn’t work
Out that way, I probably just reverted back to
The Rust Belt mode—work hard, have it not mean
Enough to play hard or play at all. It’s probably too hard to make
A dent for yourself in the Rust Belt. It’s all probably said and done
Your neighbor knows what you did tomorrow and what was
Going on yesterday. Probably good too so you don’t get in trouble
With the other neighbor. But they probably don’t know that you could
Be in NY for a few hours and have something good and so life changing happen
To you it was probably a 360 for you and probably took
You years to come down to 180, probably, right?

Bad things are going to happen.
Your tomatoes will grow a fungus
and your cat will get run over.
Someone will leave the bag with the ice cream
melting in the car and throw
your blue cashmere sweater in the drier.
Your husband will sleep
with a girl your daughter’s age, her breasts spilling
out of her blouse. Or your wife
will remember she’s a lesbian
and leave you for the woman next door. The other cat—
the one you never really liked—will contract a disease
that requires you to pry open its feverish mouth
every four hours. Your parents will die.
No matter how many vitamins you take,
how much Pilates, you’ll lose your keys,
your hair and your memory. If your daughter
doesn’t plug her heart
into every live socket she passes,
you’ll come home to find your son has emptied
the refrigerator, dragged it to the curb,
and called the used appliance store for a pick up—drug money.
There’s a Buddhist story of a woman chased by a tiger.
When she comes to a cliff, she sees a sturdy vine
and climbs half way down. But there’s also a tiger below.
And two mice—one white, one black—scurry out
and begin to gnaw at the vine. At this point
she notices a wild strawberry growing from a crevice.
She looks up, down, at the mice.
Then she eats the strawberry.
So here’s the view, the breeze, the pulse
in your throat. Your wallet will be stolen, you’ll get fat,
slip on the bathroom tiles of a foreign hotel
and crack your hip. You’ll be lonely.
Oh taste how sweet and tart
the red juice is, how the tiny seeds
crunch between your teeth.

At six a.m.
wafting ceilingward,
no breeze but what it living made there;

at noon standing
still as a constellation of spruce needles
before the moment of
making it, whirling;

at four a
wilted flotsam, cornsilk, on the linoleum:

now that it is
over, I
look with new eyes
upon this room
adequate for one to
be, in.

Its insect-day
has threaded a needle
for me for my eyes dimming
over rips and tears and
thin places.

Source from the Academy of American Poets.

The house needs both my hands.
I must hold up its plaster like my bones,
its salt like my joys,
its fable in the night
and the sun burning in the middle of its body.
I have to suffer the curtains and their seagulls
dead in flight.
Be moved by the garden and its sketched mask of flowers,
the innocent brick accused
of not being up to the mirrors,
and the doors open for new brides
with their sound of rice growing under the veil.
I have to look after its replica of the universe,
the memory of fields in the vases,
the concerted vigil of the table,
the pillow and its likeness of strayed birds,
the milk with dawn’s face under its brow
with the stiff solitude of a lily
simply being born.
I have to love it whole, going out of my hands
with the grace that lives on my dying grace.
And not know, not know there’s a clover village
with the sea at it’s door
and no names
nor lamps.

Source material from prometeodigital.org and the Poetry Foundation. 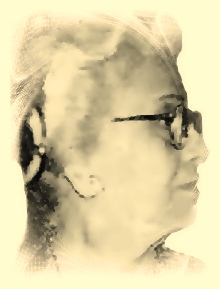